In a few short days, I’ll be celebrating 1 year of self-employment and life as an indie developer. The past year has definitely had it’s share of ups and downs and it went by incredibly fast. Time to look back on the past year, at my productions and inspirations.

Moving across the country and setting up in Vancouver has been an amazing experience.

The Olympics were great and the city feels more alive than it ever has. Cities, and their energy/spirit have always fascinated me and seeing how Vancouver changed for the Olympics was amazing. Perhaps my favorite part of the Olympics was seeing a city full of bitter, government-hating, anti-Olympic Vancouverites transform into a bunch of smiling, high-fiving party animals when the Olympics began.

Working from home has been simply amazing. My grey hairs are actually going away, the chronic back pain that plagued me for over two years is gone and I’ve shed 25 lbs through combination of chasing a 3 year old around, reduced stress, reduced overtime meals as well as Wii Fit and EA Active.

I miss working with the creative, strange/eccentric and fantastically amazing people of video games on a daily basis, but time with family, teaching students with similar attributes (and less bitterness) and making sure that I get out to meet-up with other people at every opportunity has kept me sane while working at home.

Development wise, I was only able to complete one game, Ray Ardent: Science Ninja. I’m psyched with how the game turned out. While it’s not perfect (Post-Mortem coming soon), I have to be happy with the fact that it’s the first game I’ve ever made on my own. Ray Ardent been played over 1.7 million times to date and the reviews have been positive but fair.

Looking ahead, I’m not done with Ray’s adventures and I still hear the triumphant call of ‘SCIENCE!!!’ in the back of my head reminding me of how much I love the gameplay, the characters and the world itself.

I spent a great deal of time in 2010 learning how to program and working on my art.

Before Dec 2009, I hadn’t programmed anything since 1992, when I did a bowling score keeping program in BASIC for “Grade 12 Computers” (yes, Grad ’92). If programming were a martial art, I’d like to think I rank as a blue belt. Doing some very basic things in Ray Ardent took me days to figure out, but once I did, I was over that hump. I still have lots to learn, but at least I’m not afraid of looking at code any more.

For the first time in years, I pulled out my acrylic paints and made a couple of small pieces and I’m feeling more artistically confident than I ever have. Amazing what can happen when you draw for at least 30 minutes a day, every day. I have a long ways to go, but 2010 was a great year for me as an artist.

While I wanted to get more games done in 2010 (I was aiming for 3-4 games, and only completed 1), sharing the parenting duties of my daughter has been beyond super-awesome and teaching in the Game Design program at Vancouver Film School and doing a variety of consulting gigs has been a lot of fun too.

A a compulsive media addict, 2010 was an unusual year as my playing, watching and reading habits adjusted to my life as Mr. Mom + Indie Developer.

Game-wise, I discovered the board-game addiction of Dominion, spent entirely too much time playing Super Street Fighter IV, took part in a full day Halo: Reach Co-Op campaign marathon and tapped a lot of sprite graphics on my iPhone. I also reignited my love-affair with Company of Heroes, but something was lost in the translation to Company of Heroes Online, so once the online community migrated across to COHO, my play dropped off as well. Dawn of War II is taunting me to replace Company of Heroes as my go-to RTS, but my skills have a long ways to go.

With Starcraft being one of my favorite games, I’m a bit surprised at how little I’ve played Starcraft 2 and in the same camp, NBA2K11 is being heralded as one of the best sports games ever and I haven’t even downloaded the demo.

I’m definitely finding that between iPhone, iPad, Flash, console and PC, my gaming attention span is scattered across too many platforms and I can’t help but feel that I’m missing gems on each platform.

Honestly, I’m still trying to sort out my gaming habits. The fact of the matter is that I enjoy making games a lot more than playing them and as a parent who is regularly woken up at 6AM by my daughter, it’s hard to find the hours I used to have for gaming.

Similarly, in the world of television and film, 2010 was a year where I barely had a chance to partake in the medium. Outside of 30 Rock and The Ultimate Fighter, no TV series has demanded my exclusive attention, despite many temptations from Smallville, Stargate: Universe, The Venture Bros, Archer, Mad Men, Star Wars: Clone Wars and others.

It’s hard to imagine that a Genndy produced kaiju robot fighting cartoon with art by Kevin Dart would not be one of my favoritest things ever… Maybe I just set my expectations too high? Maybe it’ll get better mid-season?

Trips to the theater were rare in 2010, but I did manage to see How to Train Your Dragon, Avatar, Inception and Scott Pilgrim as they were meant to be seen. But I missed The Social Network, Tangled, Toy Story 3 and Tron – all of which I would have loved to see on the big screen (still time for a few of those).

As a film addict, it’s almost weird looking back on the year and realizing how few nights were spend in the theatre. In 2011, I’m definitely hoping to get out and enjoy the silver screen a bit more.

If my gaming and movie watching suffered in 2010, my comic book reading definitely didn’t. 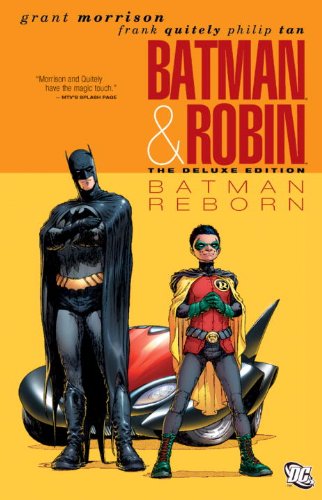 Batman and Robin, Vol. 1: Batman Reborn Grant Morrison’s Batman and Robin continued to blow me away and may be my favorite super-hero comic of all time. Brian Wood’s DMZ and Northlanders both proved to be gritty and engaging. The long delayed series, Planetary by Warren Ellis was finally brought to a fitting close. Scott Pilgrim, the anthem comic for Canadian nerds and a contender for my favorite comic EVAR, was also brought to an end.

On the down-side, I managed to be barely amused by the big super-hero events of Siege and Darkest Night, but I know I’m in the minority there, and outside of Ellis’ smaller Avatar press series, there wasn’t a lot of non-mainstream comics that felt like must reads.

The biggest surprise for me in 2010 was finally reading The Hunger Games. My wife hounded me to read the series and I’m so happy that I did. While many people will be turned off by the fact that it’s a book aimed at teenage girls, the simple fact of the matter is that it’s an action filled post-apocalyptic romp best described as “The Running Man for girls” 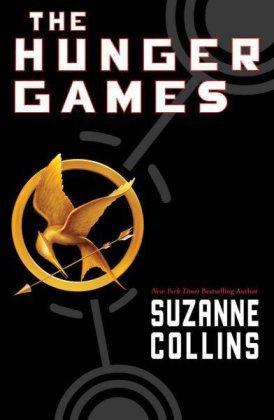 I am not an avid fiction reader by any means. I might finish two novels on a good year, but I FLEW through The Hunger Games in three days. I’m sincerely afraid to start the second book in the series because I have too much work to do.

The massive void in my consumption in 2010 was in music. I have no idea what happened, but aside from the radio in the car, music was almost non-existent in my life this past year. The only conceivable reason I can find is that podcasts have replaced music as my walking/commuting listening. On the podcast front, I consider Alec Holowka’s Infinite Ammo podcast must-listen for most game designers and indies. It’s very long, but the insight an honesty goes well beyond most podcast interviews.

Figuring out how to bring music back into my listening life is going to be a challenge, but it’s something I’m committed to doing. I’m honestly confused and frustrated by how easily music dropped out of my life.

Looking back, 2010 was an amazing year. After dreaming about going off on my own and making games for many years, I’ve finally made the leap and it looks like it’s going to work out. While I haven’t had as much time to watch, play and read as I used to, I’ve always enjoyed making more than consuming. 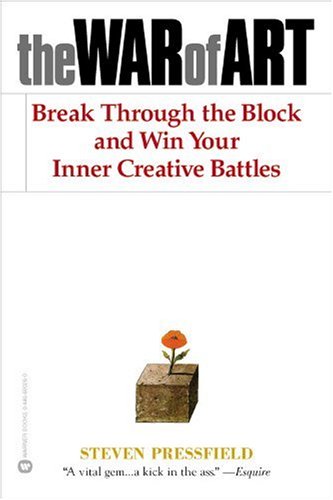 In a few days I’ll be engaging in my annual ritual of reading The War of Art: Break Through the Blocks and Win Your Inner Creative Battles on New Year’s Day.

It’s an annual kick in the ass for my creative self, a reminder to focus, grow, learn and work – because these things aren’t going to make themselves.